Support this project by pasting one of the HTML codes below into your website! 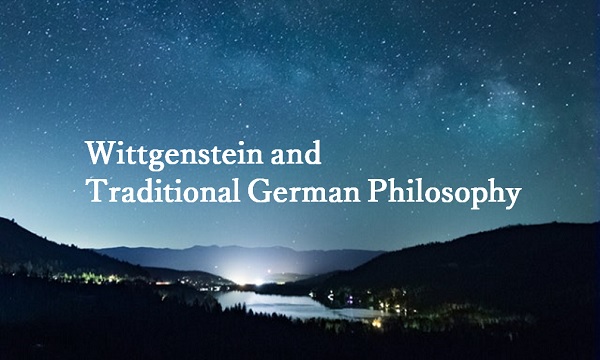 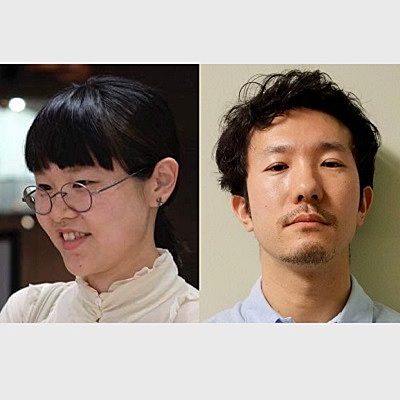 Thanks to the support of many people, we achieved the target amount! ​Thank you very much. ​After that, we aim for 1.5 million yen (≒ $14,000) as our next goal. ​If we can reach this amount, we could publish a collection of papers and conduct research activities for a second workshop. ​We look forward to your support.

A new effort to build a platform for philosophers’ collaborative studies

Wittgenstein who was born in Vienna and known as an Austrian-philosopher has been widely studied in Europe and Asia. Although the significance of the collaborative studies by various countries’ philosophers is recognized, it is challenging to develop a connection with philosophers whose studies have been traditionally based on individual works. In particular, activities by researchers of Western philosophy in Asia have been relatively unknown. Therefore, this crowdfunding project is launched to create opportunities for exchange and collaboration among philosophers by holding an international workshop in Tokyo. New collaborations can be promoted by an open call for participants rather than the Japanese conventional style. The future task is to hold the workshop regularly aiming to establish a platform where philosophers stay connected.

Why Hold a Physical Workshop in the Time of Crisis?

We, Saori Makino and Shuhei Kimoto, are philosophy researchers based in Japan. The goal of our crowdfunding project is to hold a workshop which we had to postpone due to the ongoing global pandemic of Covid-19.

The workshop, entitled “Wittgenstein and Traditional German Philosophy” was originally going to be held in April 2020 in Tokyo.

As stated above, the original workshop had to be postponed due to the ongoing global pandemic. Even now, the end of this nightmare is not in sight.

It has become part of the “new normality” that academic workshops are held as online events. So, you might wonder why we are nevertheless trying to organize a physical workshop in this time of crisis, even launching a crowdfunding project like this?

Our answer is that, precisely because we are in the middle of a crisis, holding a physical workshop has an irreplaceable value. Certainly, online workshops are advantageous in that people around the world can easily participate in academic events. However, it seems that the prolonged Covid-19 pandemic has gradually reduced the motivation of researchers to join them.

Maintaining motivation is now a critical issue for scholars around the world, especially for those who are forced to work in isolation. ​There are limits to individual efforts. ​It is urgently needed an opportunity to create new connections with other researchers and share a positive future. This is the reason why it is highly important to increase their motivation with the goal of participating in the future workshop.

Is our project too detached from reality? We say it isn’t. What we should do is to actively plan for the future we wish to see, not just adapt ourselves to the present situation. By doing so, we act upon our future and even change the perception of the present situation in which we are placed.

Many researchers are motivated to set a goal of holding the conference and prepare for it even when the prospects are uncertain. We will hold the international workshop in Tokyo after next April. Even if the next workshop might be postponed again, we will aim to hold it after 2022. 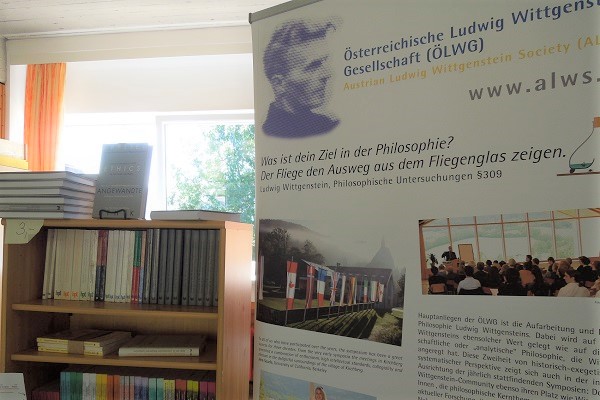 Why a Wittgenstein Workshop in Japan?

We aim to establish, maintain, and develop a Japan-based platform for the study of Western philosophy in Asia. Utilizing the workshop as a springboard for exchange among scholars, we can bring together physically isolated philosophers around the world and create international collaborations. We will continue our efforts to hold regular workshops and maintain a mailing list.

In future, this platform will bring together hundreds of philosophers scattered around the world. to participate in regular workshops and exchange ideas, with the aim of generating research results through international collaboration. This international workshop is the first step towards this major goal.

Unlike conventional international workshops in Japan, which are usually held in closed sessions with a limited number of participants, we have decided to invite presenters from an international mailing list. If this workshop is successful, it can provide a solution to the two issues mentioned above, namely, “exchange with Asian scholars” and “making the activities of Japanese philosophers known to foreign scholars”. 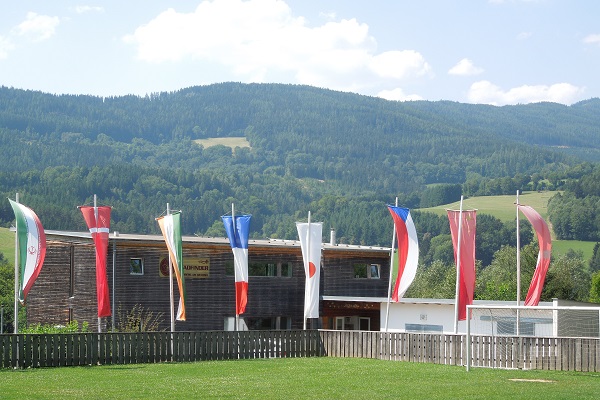 We aim to hold the workshop next year. However, if the situation forces us to postpone the workshop again, we shall hold it in 2022 or later. However, this irregular situation cannot be handled with the existing type of research funds (i.e. government or university-based). This is why crowdfunding is the only solution for us. We hope that you will understand the plight of researchers in current situations and support us.

The cost of the workshop is primarily for travel and accommodation for the participants. Many of the participants, both domestic and international, find it difficult or insecure to raise funds. In addition, personnel expenses for the staff who set up the venue for the event are necessary. We also need to cover the cost of publishing the results of the international workshop as a collection of papers, with the aim of developing it as a platform.

What we hope to achieve by holding the workshop is to expand the network of exchange between scholars, which is often limited to a single region, to reach out to the mainstream of philosophy (or Wittgenstein studies) in the Anglo-American and German-speaking world, as well as to the research being done in various regions. 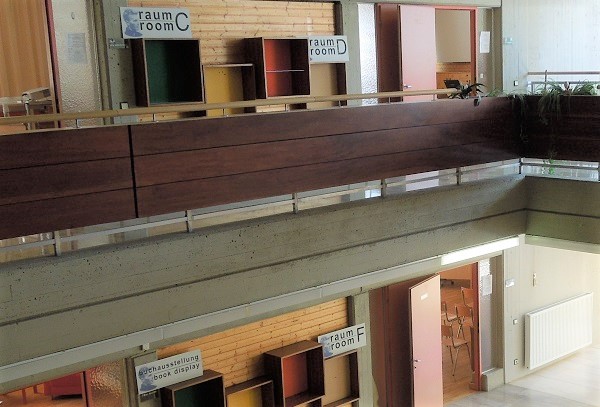 Connections with Scholars around the World Bring New Philosophical Researches

We are now working together with researchers in Germany, the Czech Republic, and Poland. This will enable us to cooperate across disciplines and borders. Cooperation with scholars around the world has a very significant process in the study of Western philosophy. However, two challenges remain in order to make these connections.

First, while it is relatively easy for Japanese scholars to make connections with researchers in European countries, it is difficult to make connections with researchers in Asia. Second, while it is possible to reach out to Anglo-American and European scholars from Japan, it is often challenging to do the opposite. It takes a lot of effort to get people interested in the activities of Japanese researchers.

Wittgenstein studies have been conducted in Japan as well. Japanese readers can read Wittgenstein’s major works in their own language. Surprisingly, there are nine different translations of the Tractatus Logico-Philosophicus, and it has inspired many people beyond the inner circle of academia. Wittgenstein has encouraged people to try to think philosophically in Japanese.

[ST1]Wittgenstein (1889-1951) is a philosopher who was born in Vienna at the end of the 19th century. He is uniquely positioned to have a strong influence on contemporary analytical philosophy. Due to the WWⅡ, Wittgenstein was forced into exile and accepted at the University of Cambridge in England. He was getting an influential philosopher, primarily in English-speaking world. On the other hand, his posthumous writings, with the exception of his lecture transcripts, were written almost entirely in German. In other words, he is a philosopher who continued to think in his mother tongue, German, even though he was working abroad in England.

Saori Makino: When I refused to attend high school, I first came into contact with Wittgenstein’s Tractatus Logico-Philosophicus, and that’s how I came to do Wittgenstein research. I always liked to read challenging books, but Wittgenste's book was on a whole different level. In the course of my research, I have come to believe that the humanities do not exclude any particular point of view or way of thinking, but rather find connections between knowledge, and I continue to search for what I can do in my own way. At a first glance , philosophy seems to be a rigid discipline, but I would like to show that it is something that is close to the life of each individual. (Click here to visit my website.)

Shuhei Kimoto: Initially, I wanted to go into philosophy just because I thought philosophy was cool. However, it is only recently that I’ve developed a philosophical mindset. Once you start to see your surroundings philosophically, you realize that the problems of philosophy are everywhere. For example, they are present in other academic practices such as law, engineering, biology, and so on, as well as in our daily lives. A popular picture of philosophy is that it is somehow esoteric, but this is not true; rather, its power lies in extracting ubiquitous conceptual structures. That is, doing philosophy offers the possibility of integration in a variety of intellectual endeavors as well. I believe philosophy is one of the definitely essential human activities to live in the world, that is, to engage with the world through concepts.

After the workshop, we will send you a research report based on the discussions that take place on the days of the workshop. (In case the workshop is postponed to 2022 or later, the report could be delayed as well.)

This return is roughly equivalent to US $ 10

92 supporters are supporting with this reward. （No quantity limit）

After the workshop, we will send you a research report based on the discussions that take place on the days of the workshop. (In case the workshop is postponed to 2022 or later, the report could be delayed as well.)

This return is roughly equivalent to US $ 50

42 supporters are supporting with this reward. （No quantity limit）

You will be invited to the online seminar “Wittgenstein and Traditional German Philosophy”. It will be a preparatory event for the workshop.

This return is roughly equivalent to US $ 100

30 supporters are supporting with this reward. （No quantity limit）

33,000 JPY tax included
Featured : Listing your name on the workshop website/ Fee exemption for the workshop

This return is roughly equivalent to US $ 300

4 supporters are supporting with this reward. （No quantity limit）

55,000 JPY tax included
Featured : Listing your name on the workshop website/ Fee exemption for the workshop

This return is roughly equivalent to US $ 500

2 supporters are supporting with this reward. （No quantity limit）

110,000 JPY tax included
Featured : Listing your name on the workshop website/ Fee exemption for the workshop

This return is roughly equivalent to US $ 1000

4 supporters are supporting with this reward. （No quantity limit）

Supporters will be charged the funding amount only if the project reaches the funding goal (JPY 1,000,000) before 17:00 on December 08, 2020 (JST: GMT+9).
Tweets by https://twitter.com/saoriqing
Payment options
Credit cards (VISA, Mastercard), bank transfer, convenience store payment, Pay-easy and PayPal are available

SSL encryption communication is used in this Web site, and the informations filled out are safely transmitted.

92 supporters back
（No quantity limit）

42 supporters back
（No quantity limit）

30 supporters back
（No quantity limit）

4 supporters back
（No quantity limit）

2 supporters back
（No quantity limit）

4 supporters back
（No quantity limit） 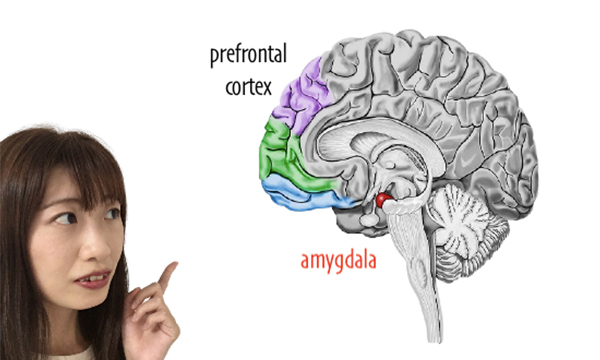 Want to explore the mechanism of emotion regulation ! 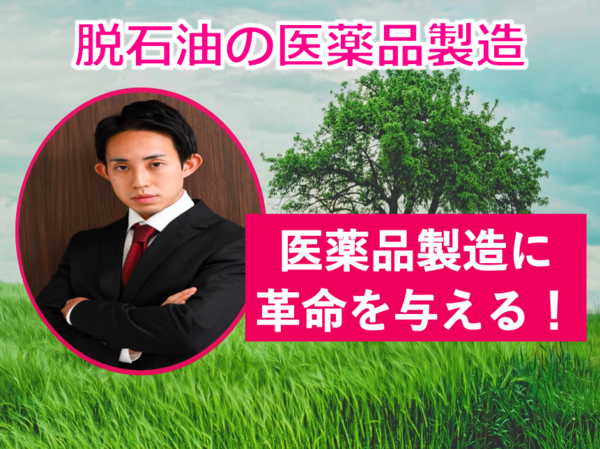 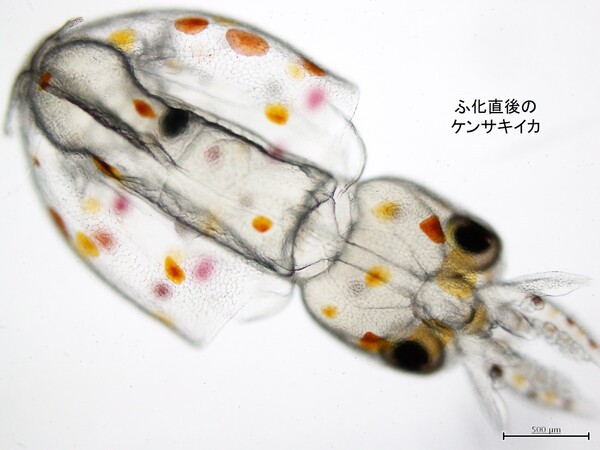